Bringing together film enthusiasts to share their love for the unique experience of film as a material medium and, in doing so, to break through the limits of style and genre to create a new, more knowledgeable and open film culture.

We believe, at the moment when moving image is undergoing a technical conversion, with the dominance of digital tools, that the culture of cinema has to be redefined. It is now more than ever, important to create a new dynamic among artists and audience. With RE MI our goal is to reinforce the notion of film as a unique language. For us the best way to communicate this is to bring to a wider audience the vitality of the contemporary artistic use of the film medium.

Over the last century individual filmmakers working with film as an artistic medium have connected and pooled their limited resources. Over time, this impulse has led to the creation of shared spaces, cooperatives, collectives and independent film labs, which propose alternative models of organisation to that of the film industry. Today these active communities have a decisive role in the preservation of film’s sustainability.

The International Film Labs Network is currently one of the strengths we can rely on for the continuation of these efforts. RE MI aims to support and enlarge this network with renewed activities, new audiences and new international partnerships. To achieve this we will first of all organize an International Film Labs Meeting which will allow artists, technicians, professionals and amateurs to meet, to share their ideas and resources and to think collectively about the network’s future perspective and its adaptation to current realities. Theses activities will also be accompanied by film screenings where the medium itself will be allowed to speak and transmit its unique qualities. Furthermore we will organize a Touring workshop program which will provide another form of cooperation by helping artists to share their work across Europe.

Finally, it is our wish that RE MI will provoke a dialogue about the current state of film. With this in mind we will organize a Symposium where the main issues and challenges facing our community will be explored with the hope of finding new collaborative solutions for the continuation of film as an artistic medium. 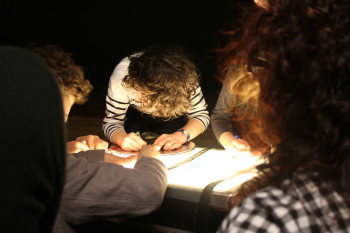 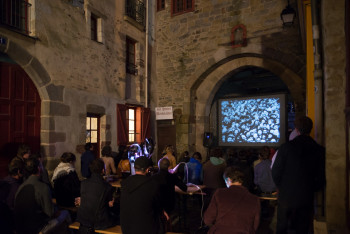