During her three weeks residency on the Debrie Contact Printer in Mire, Nantes, Els Van Riel invites us on the 31st of August to a screening that combines films of her own and films of her choice.
A programme 100% 16 mm in the presence of the filmmaker, with films rarely shown, such as her “Fugue, a light’s travelogue” which was recently premiered at the Media City Festival, as well as “Necrology” by Standish Lawder, with a rare copy direct from the NY Filmmakers Coop!

A great opportunity to meet the artist and to discover some wonderful and outstanding films.

Unwritten Page is a 16mm-film made for a composition by Antoine Beuger.
I was asked to select a contemporary piece of music to be performed live by a small ensemble, Q-O2, and to make an ‘incidental film’ to it. To be part of  an evening program called ‘Muziek in Beeld’, music in image.
Initially it was difficult for me to understand why one would want to add a moving image to an existing piece of music. The only answer to my question that was given to me was “why not?”.
At that time I was interested in making moving images without ballast. I was trying to filter out the basic needs to get to ‘a film’ and kept nothing but a screen, projected light and time as the necessary elements to make an image move. Listening to the recording of “Unwritten Page” by Antoine Beuger, I found a companion. I was surprised to hear its minimal and simple violin tones appear and disappear, with their careful presence only to be noticed in the detailed changes and during the spaces of silence between them. 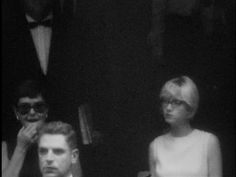 “Without doubt, the sickest joke I’ve ever seen on film.” — Hollis Frampton

Often considered an anthropological piece regarding New York City as well as contemporary society, Necrology (1970) is one of artist Standish Lawder’s most well-known films. Produced when Lawder was working within the structural vein of avant-garde filmmaking, it’s an ingenious work of context and framing (literally and conceptually) that startlingly reinvents itself at the point when its steadily ascending progression appears to have reached its ostensible end. 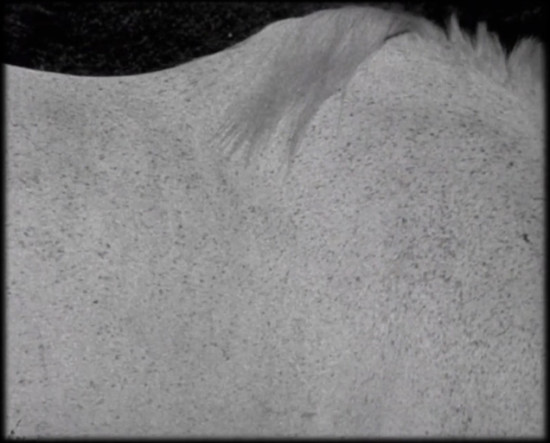 A few years ago I started collecting images with the idea to pay homage to the slowly vanishing techniques of analog filmmaking. Now a series of these recordings makes ‘Gradual Speed’, a work on and for black and white 16mm-film seen as matter, and at the same time as a metaphor for everything we can not grasp.

For a film whose title describes the relatively simple mechanism used to create it, Els van Riel’s 16mm film ushers a series of startling transfigurations which brilliantly engage the form in the extended time spent with people, animals, events and objects in whose company the filmmaker sketches larger philosophical concerns to do with love, fixity, representation and loss.
Carefully positioned, the camera begins on a single frame, the shutter held open, and then is imperceptibly increased in speed, quickening the frame rate and thus changing the exposure time for each successive frame, which eventually produces a visible moving image whose Keystone-Cops styled speed in turn changes, at length falling into step with real time.
van Riel was inspired to make the film in part by happening upon the account of Vladimir Shevchenko, one of the first photographers to witness the immediate and appalling consequences of the nuclear disaster at Chernobyl and to record them on a sensitive plate. The actual degree of that sensitivity was evident in the film he used, which, when processed, showed the characteristic effects of heavy radiation in the emulsion. He himself later succumbed to radiation poisoning.
van Riel notes, “It is this inextricable relationship that casts its long shadow across this musing film-sculpture, like an afterthought that reminds us that film is primarily a body that carries within it the light traces of other bodies, always balancing between appearing and disappearing”
These observations are manifested in the precision of her subject’s endlessly renewed temporal adjustment, so that the imminent haste, for example, of her dozing mother, whose fidgeting over the long duration signifies much in it’s change of speed alone, becomes all we have ever needed to know about exposure tables and time’s abstract passage.
It is this inward epiphany, rather than any dazzle on the screen that holds the greatest power to sway. – Julie Murray
AAFF: ANN ARBOR FILMFESTIVAL 2014  – Gus Van Sant Award for Best Experimental Film
http://mediacityfilmfestival.com/mcff20/international-program-5/ – Second Prize Award 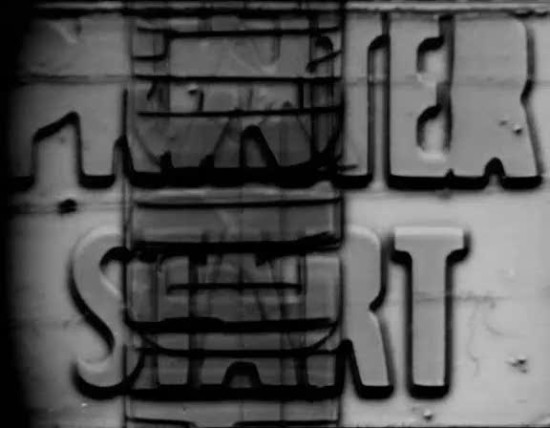 A found-footage film made entirely from Academy leader, which is normally used to cue the start of films. The film was hand-printed on a home-made contact printer. It was rolled back and re-printed several times over, to create a complex layering of both image and sound. The film explores displacements of a positive and negative copy of the same loop. Since the printer light also covers the sound-track area, both picture and sound undergo identical transformations.

Further examining the medium of film itself, Colorfilm is a work Lawder made while trying to make a minimalist, “pure color” film. Using spliced-together strips of colored film leader in white, yellow, blue, red, green, etc., Lawder ran the film through a projector and found the results to be quite boring. While he was running the film, though, he noticed how beautiful the colored strips of film looked as they ran through the projector. So, he turned a camera on the projector and filmed the colored film gorgeously winding its way through the projector’s machinery.” – Noel Black, Colorado Springs Independent

Music by The Mothers of Invention. 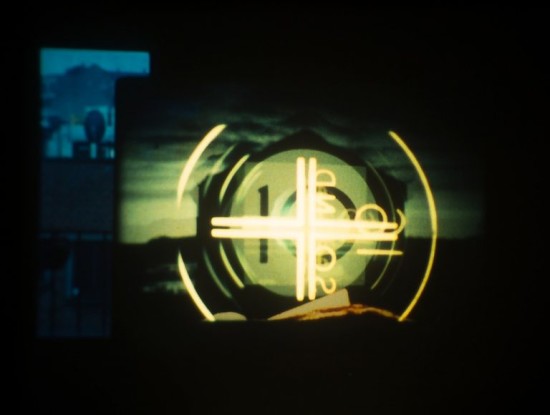 The physical paths of light were first traced by Ibn Al-Haytham, born in Iraq a thousand years ago. Ever since his Book of Optics opened, the “eye emanating light” has been closed. Thomas Young first saw the energy of particles of light behave like waves. His “double slit experiment” revealed the interference of two beams of light producing a pattern of dark and bright. Cecilia Payne-Gaposchkin established that hydrogen is the overwhelming constituent of the stars and accordingly, the most abundant element in the universe. While watching hydrogen fuse into helium she saw light escape. Since light’s substance still remains unseen, it is fair to say that light flows freely in impermeable, measurable quanta: carriers of electromagnetic energy, endlessly mixing and splitting, mixing and splitting matter into countless composite combinations.

“As in Gradual Speed, in her latest works, the artist and filmmaker Els van Riel explores the diverse mechanisms of light as a physical and optical effect, in its specificity and materiality. In her Fugue, a Light’s Travelogue, (…) she elaborates a proposal of a story of light from its reverse, the phantasmagoric effect of shadows, light games and ghosts that surge from the darkness.

In this proposal Els van Riel constructs a new history on light as a phenomenon of perception but also as an energy form, through the support of different historical characters, in a gallery of intermittences and superposition’s where illustrations of Muslin astronomer Alhancen, scientist Thomas Young, Medeleyev, Max Plank, and Cecilia Payne-Gaposchkin can be seen. Many of these images are fusioned with diverse franc-Masonic icons, in a game of counterpoints and juxtapositions to illustrate questions of power that validates this knowledge, from obscurantism, the elites or the cryptic.

The filmmaker achieves to compose, through the evocation of these characters of sciences and physics, a new rhythm with new sonic layers, of different objects that move, or voices, like Gregorian chants, that exert an hypnotic influx to this new historiography of projection’s magic. But the layers of Fugue, A Light’s Travelogue, escape the sonic realm and expand under the idea of a great permanent zoom of 28 minutes, that allows the exploration of space, precisely from the phantasmagoric feat that the projection allows from this new study or essay of light from the cinematic realm.

The film starts from the specificity of the projecting act in itself to slowly widen it to surpass the margins of the silver screen and the usual framing, leaving evidence that the idea and artifact of light effect is also a matter of contexts, structures and spaces. If Van Riel projects her new history of illumination, she also evidences the dispositive that has been protagonist in this experimentation, moving away from the intervention of the support to deepen her look in the mechanics of illumination and its variants, from the point of view of the observer, who approximates and moves back, and who configures significants from shadows and the magic of the projection.”